FemiLift helps rediscovering your body and sexuality after cancer 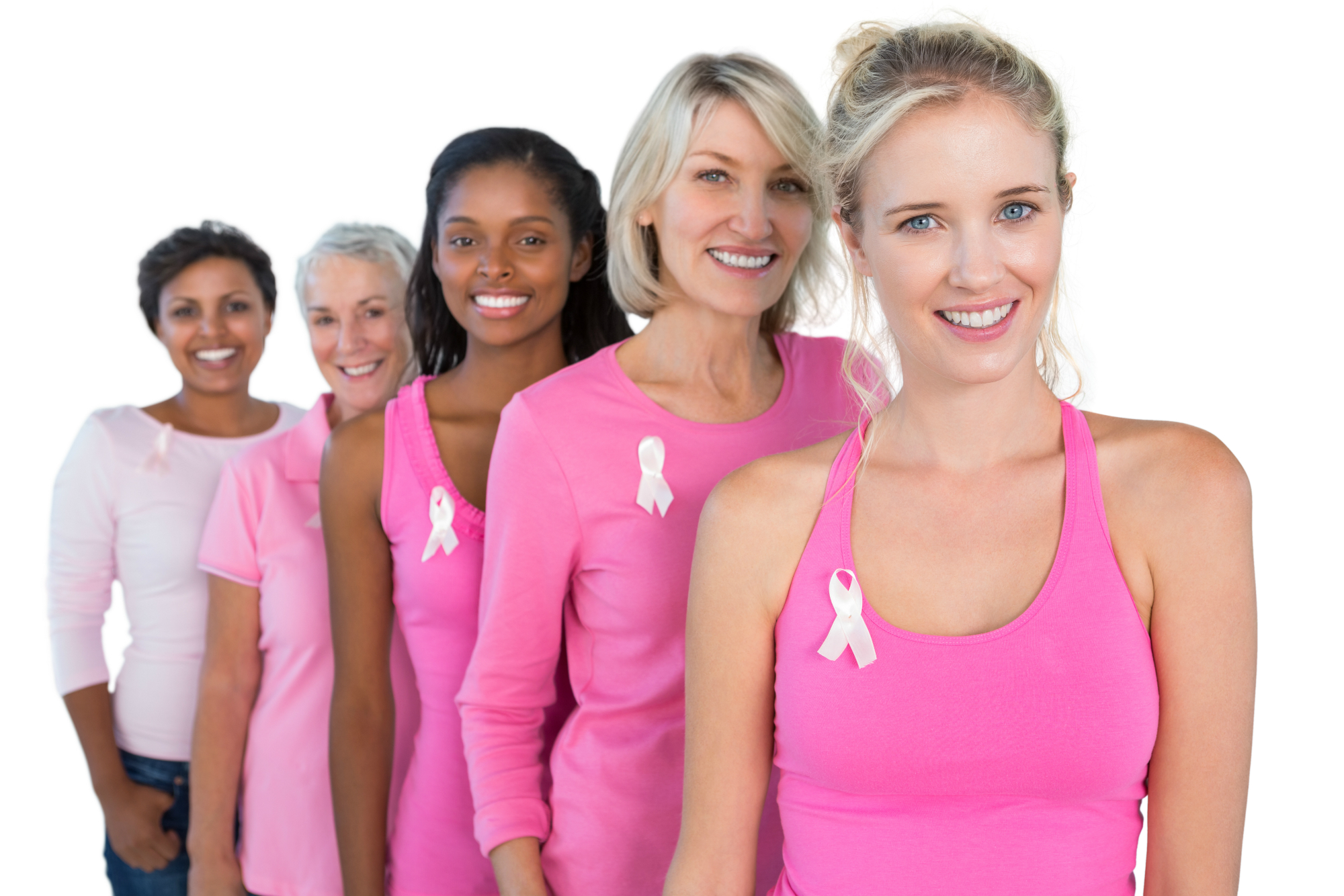 Cancer- this illness has touched almost everyone’s lives- Who of us hasn’t had a relative dealing with it?

October was the Breast Cancer Awareness Month. We have decided to shed some light on the issues women deal with after they have recovered. While there have been substantial advancements in medicine and technology there are still many troubling side effects that follow most of the conventional treatments, especially for women. Just when these brave women think the battle is over, they are proven wrong when they face the “collateral damage” and it’s devastating effect on their emotional and sexual well-being.

Chemo and radiotherapy, and also hormonal therapies, may cause skin rashes, vaginal dryness and other side effects that may undermine cancer survivors’ sexual life. In essence, some of these women, those who are well below the expected age, experience premature menopause. However, solutions do exist, starting from a correct choice of detergents and underwear to a laser that stimulates collagen production. Not only the skin, but even genital organs and consequently one’s sexuality may be subject to the side effects of Oncological therapies on patients’ bodies.

Disturbances such as vaginal atrophy, incontinence, difficulty or impossibility in having sexual intercourse are frequent consequences of female tumor treatment with hormone therapy, chemotherapy, and radiotherapy. Yet, this is not a “toll” that needs to be paid without even trying to put up a fight. This topic was discussed during the 6th edition of the Scientific Board “The Rediscovered Body”, composed by dermatologists who have been working for several years on the damages caused by Oncological therapies.

The role of the dermatologist

When dealing with sexual disturbances the first physician that comes to mind is the gynecologist. However, when these disturbances are the consequence of a tumor and its relative therapies, women need to take a wider perspective, given that oftentimes they do not have the courage of talking about these problems with an oncologist. According to the Italian Association of Medical Oncology, only 10% of the patients speak to their doctor about this. “As dermatologists, we’re often called upon for specific problems: atrophy, the appearance of symptoms such as itching, stenosis, ease of inflammation, difficult recovery following local infections (candidiasis, trichomonas, herpes)” – says Maria Concetta Pucci Romano, specialist in dermatology and president of the Board The Rediscovered Body. “Furthermore, this area can also be the site of dermatological illnesses: psoriasis, atopic dermatitis, seborrheic dermatitis, atrophic lichen sclerosis.”

In a very high percentage of cases, women with cancer and subject to chemotherapy during their fertile age suffer early menopause. Not only that: “In case of hormone-dependent breast cancer, in addition to traditional chemo and radiotherapy, a therapy with drugs called aromatase inhibitors is prescribed in order to increase the survival rate and prevent the risk of metastasis. These drugs destroy all deposits and production of estrogens, eliminating their presence” – explains Pucci Romano. “This therapeutic ‘umbrella’ undoubtedly saves lives and needs to be administered over the years, but for women aromatase inhibitors are an insidious and wicked enemy: androgenetic alopecia, dry skin, body hair growth and genital mucosal disruption are some of the most frequent side effects, and even arthralgia, ease of losing weight, mood disorders. And this occurs in situations where the patient is very far from old age” continues the specialist.

What types of disturbances do these cancer survivors suffer from?

According to the data provided by the Italian Association of Medical Oncology, 70% of women with breast cancer suffer from vaginal atrophy when subject to hormonal therapies used to fight the illness. This problem affects all of the patients operated for ovarian cancer due to the removal of the organ. Even chemotherapy and radiotherapy can determine these kinds of problem. “Chemotherapy” – explains Gabriella Fabbrocini, associate professor of dermatology and venereology at the University of Naples Federico II and head of the outpatient clinic ‘The Rediscovered Body’- “stimulates xerosis, which means dry and arid skin, and this occurs both at the level of the skin and genital mucus.

In women in menopause operated for breast tumor, whose hormone level is altered, this symptom becomes much more evident with vulvodynia and limitation of their sexual life. In men, and also in women, there may be fungal or bacterial fractions” concludes Fabbrocini. Skin rashes, in the same way as it occurs on the face and body, may also appear in genital areas. “In the case of Egfr inhibitors” – explains Fabbrocini – “the rash can be localized, even if occasionally, at the genital level and in the hairy zones of this area. The most annoying symptom is itching accompanied by the fear of showing intimate areas which are not intact to the partner, which may invalidate a person’s sexual life.”

Until now, the only therapies available were hormonal treatments. These cannot be used on women diagnosed with tumor given the high risk of relapse of the illness. Other solutions are lubricant gels, which are only effective in the short term. However, today new instruments are available such as a laser capable of effectively treating vaginal atrophy, the condition which occurs in more than 50% of the women suffering from menopause and, most of all, in Oncological patients. Lasers are considered very effective because they directly stimulate the production of collagen, which during menopause hardens and loses thickness.

How does collagen growth help?

“The collagen regains the capacity of producing mucus and the vagina returns to its original elasticity and lubrication as before menopause,” explains Paolo Scollo, director of gynecology at the Cannizzaro Hospital of Catania. A particular instrument, a CO2 laser such as the FemiLift, is also suitable for Oncological patients because it has a smaller probe than the one used for transvaginal ultrasound scans. Three sessions are needed, once every month, lasting about 10 minutes each. “The new application field of these tools” – continues Scollo – “is indeed with these patients, oftentimes young and suffering from menopause induced by surgical intervention, chemotherapy, hormonal therapy or radiotherapy.”

A pilot study was carried out at the Cannizzaro Hospital of Catania on 35 oncological patients to evaluate the production of collagen after laser treatment: “The study, published in the Journal of Clinical Oncology, has demonstrated that thanks to laser treatment, collagen thickness tripled. In addition, we conducted a survey of patients after 6 months and a year and a half in order to assess their degree of satisfaction. The satisfaction score reported was 80% and it was also confirmed by the results of the biopsies carried out,” continues Scollo. This study was the starting point of the national campaign ‘Femilift for the quality of life of oncological patients’ presented this past March at the Ministry of Health.

Another application field of this laser is in vulvar dystrophy, in particular with old and oncological patients: “It is a condition which causes burning sensations, itching, insensitive skin and the laser works very well in this case,” states Scollo. Another international study on the effectiveness of laser in this field is currently undergoing and being led by the Cannizzaro Hospital of Catania. The departments of gynecology of the Tel Aviv and Buenos Aires hospitals also participate in this research.”

Other important tips for cancer survivors to consider

However, what can be done during everyday life in order to alleviate these disturbances? “Cleaning the area with delicate soaps free of parabens, silicones and useless disinfectants which may further alter the local balance,” suggests Pucci Romano. “Cleansing oils, moisturizing, with fatty components of vegetable origins are good (jojoba, karite, pumpkin, olive oil) and also the ones derived from chemical syntheses as long as they are green (glycerin, cholesterol, glucose, rhamnose, lactic acid), which leave a soft and moisturized mucous.”

Lubricant gels that need to be applied internally have led to the growth of a market full of products that promise hydration, lubrication, eased sexual intercourse. However, do they really work? “The majority of them are a triumph of bad chemistry (Vaseline, Paraffin, PEG and many other components),” warns Pucci Romano, who also adds, “As president of Skineco, a scientific association which promotes the eco-dermo-compatibility of the products that come into contact with the skin and mucous, I cannot abstain from advising against the use of these products. Their active ingredients are much praised (hyaluronic acid, vegetable oils, aloe, etc.) and they are certainly valid and reliable, but the vehicles which transport them to their final site of destination (vulva and vagina) are almost always of the worst quality.”

Even choosing correct and dermo-compatible underwear is important for cancer survivors. “As Skineco,” tells Pucci Romano, “we have carried out a study on cotton. The results are disconcerting: the presence of contaminating substances used for several purposes, from spinning to coloring, was really high. And we did not test samples coming from market stalls or Chinese productions but famous brands”. A report was particularly frightening. The presence of optical bleachers (such as formaldehyde, perchlorates, peroxides) used to whiten cotton was reported as active in the fabric after well over 10 washing cycles. Skineco experts have also analyzed underwear recommended for gynecological problems, whose fabric is weaved with silver fibers (praised as “anti-inflammatory”). In the tests carried out, these have demonstrated an extremely high level of cytotoxicity, i.e. cellular death.

Finally, care must be reserved for laundry detergents used to wash underwear. In particular, softeners which are based on quaternary ammonium salts, and are difficult to rinse. These toxic salts remain trapped in the fabric for a long time. “That ‘soft and fragrant’ feeling that is so seducing comes back as mucous secretions which are somehow reactivated. This is not healthy for the physiological balance of cancer survivors. Ut also affects the microbiota of the genital mucous,” concludes Pucci Romano.

This article was originally published by di IRMA D’ARIA courtesy of www.repubblica.it

See video of Dr. Simhaee of Long Island, NY explaining the benefits of FemiLift for woman after breast cancer treatment

Sorry, the comment form is closed at this time. 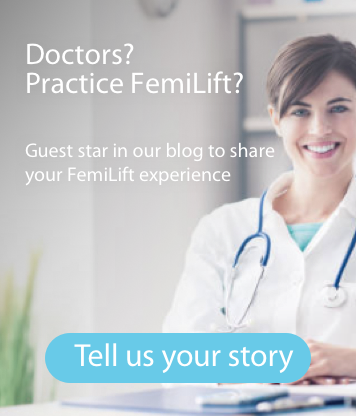 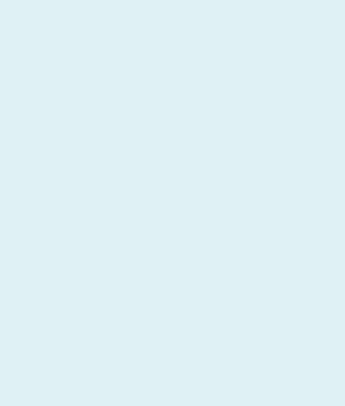 " When I was diagnosed with
breast cancer at 42, I
experienced also vaginal
health side effects.
My practitioner
recommended FemiLift.
It has been life
changing for me."

" I began notice
physiological changes to
my vagina. After my first
FemiLift procedure,
I am thrilled. There
was minimal pain and
almost no downtime."

" My body changed
considerably after having
4 children. I lacked self
confidence for several
years but now with
FemiLift my outlook on
life is completely
different."